Some cars that have also had their exteriors modified although not as extravagantly as they Mercedes, is the Honda civic cars. Many Civic owners have lowered their cars and they have added side skirts and alloy wheels. Many middle class people enjoy civic because of its affordability and the endless number of ways that it can be customized according to the owner’s preference.

Mercedes C63AMG. As a car owner, if you choose to make modifications to the appearance of your car, you just have to consider where you want to take it. A lot of shops offer customization, they will be able to create designs for you vehicle and they can also recommend some other accessories that can be added to your car. If the changes you are planning to make a pretty radical, you might want to get your cash ready. Some changes require a lot of money; changes in the wheels, alloy wheels also can cost a lot of money. The good thing is you can always change it back if you don’t like the changes.

Car customization is something that has piqued the interest of car owners for a long time.

You may have experienced seeing a car on the road and thinking that you know that car but you can’t quite place it. That is the beauty of exterior car styling. These days, a lot of exterior changes have been made to cars. The car owners are able to retain the mechanical functions of the car that they like, but they are also able to customize it and make it a car that shows their personality. From the wheels to the paint, side mirrors and other accessories can be added to a car to make it fit into the owner’s preference. Car shows usually feature changes that have been made to these cars and they pave the way for other car owners to become creative with their own cars.

Recently, Mercedes put out a new car that had customized exteriors. The car was gold plated and estimated to cost at least 5 million American dollars. The car made its debut in a car show in Dubai along with other high end cars that have also made their exterior customizations. The Mercedes caught a lot of attention with its less than flashy exterior, the model of the car is actually the C63AMG so, if you are an avid fan of how this car runs and you’ve wanted to see it in a different light, then this might be the change that you are waiting for.

Inside the Mansory Veyron’s cabin, you will find the magnificent enhancement made by Mansory.

It includes the carbon fiber accents plus trims of grained leather, which serve as a seat cover to provide the driver and passenger the superbly comfortable sitting experience. Also, the touch of LEDs inside the car gave the interiors a very classy and youthful stance. These LEDs are perfectly placed on the dashboard, seats and door linings. I guess Mansory is living up its promise to give the Linea Vincero an ambient illumination system.

It is out of the question that this model, the Mansory Bugatti Linea Veyron Vincero, is nothing but a piece of excellence. These car models are offered globally by Mansory and their joint venture involving Prestigious Cars Abu Dhabi. So you will worry no more if you are planning to get one but if you reside in a country that is not so wealthy. But be reminded that Mansory Bugatti Linea Veyron Vincero will be only produced on a limited edition only. For the record, Mansory announces that they will only produce three of this model for their upcoming production. So if you are really desperate to own a piece of excellence, it is highly advisable to keep yourself tuned and updated for the Mansory’s release.

The Mansory’s Limited Edition Piece of Excellence: Mansory Bugatti Linea Veyron Vincero. One of the leading German auto tuning firms, along with Brabus, is the famed Mansory. Recently, Mansory has celebrated its centennial year in Geneva, wherein the affair was not only flooded with super cars, but also with other car tuners and enthusiasts. At the peak of their celebration, Mansory managed to come up with an enhanced version of the Bugatti Veyron, which they called the Linea Vincero. The enhancement includes the fascia in the front and side skirts, a modified hood that comes up shorter than its predecessor, a more spacious air outlet, brand new set of rollers specially designed and forged for this model, and running lights that are powered by LED which are also active in daytime. All these modifications are packed in an exterior that is truly commendable because of carbon fiber body panels and gold accents.

Under the hood, they tuned up the Masonry Veyron’s exhaust system as well as the injection system for cooler air. With the help of these two, the original engine of Bugatti Veyron, which can produce a whopping 1,001 bhp, is heightened up to 1,109 bhp.

The Fabulous Auto Exterior Styles of 2012.2 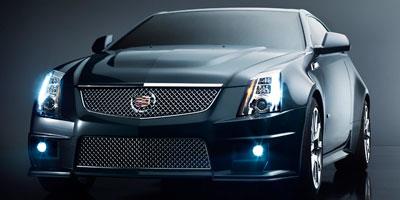 The Cadillac CTS Coupe
This car claimed its popularity and reputation because it is known to have a very elegant and sporty stance. But this year, car tuner and designers chooses to blend its style with a kick of luxury. It happens at the Qingdao International Auto Show at China, when a Cadillac CTS Coupe was spotted to have fancy pearls and diamonds embedded in its exterior body. Also, the Cadillac’s rear up to the front hood was clothed by Swarovski crystal attire. Everyone who is present in that show was awed by the idea of attaching almost 350,000 different crystals to the Cadillac’s body.

Of course, these are just two of the luxurious cars that grab every car tuner’s attention globally. Let us wait for more innovative auto exterior styles that will come at the second half of the year. Surely, you should prepare yourself for another impossible idea that made possible.

The Fabulous Auto Exterior Styles of 2012.1

The car tuning industry is undoubtedly one of the quick growing industries in the world today.

Almost every year, more and more car tuning ideas are added in the master list. For the past years, recent development in the car tuning industry can be seen in the form of combination of technological advancement and driving comfort. In addition, almost all the luxurious car tuning kits such as the Lamborghini vertical doors before can now be reached by an average car tuner. As we speak, more and more innovation in car tuning is roaming all around the globe. In this year, 2012, another breakthrough has been made. And this time, the exterior styles of the cars are on the spotlight. Your car’s exterior will convey two things: your personality and lifestyle. That is why numerous car owners are dying to tune-up their ride’s body and exterior. This year, here are some of the fabulous auto exterior styles that caught the eye of car tuning fans and enthusiasts.

One Mercedes-Benz C63 AMG design caught the eyes of everyone who are present at the On Wheels Show at Dubai. It surely impresses every person in the show, for this car has a gold exterior tuning! The Mercedes C63 AMG car was made from exterior armor that was soaked in gold. Just imagine the price of that car was carrying. Numerous critics state that the price of that luxurious car will reach roughly five million US dollars. Now that’s a very deluxe exterior that you will surely wish to hold.